Our website has detected that you are using an outdated browser than will prevent you from accessing certain features. We recommend that you update your browser, simply click one of the following to download a new browser:

This diagram illustrates below the pre and post recommendation themes which demonstrates the key facilitators for national organisations in implementing national recommendations; they could also be classed as barriers if not appropriately considered and remedied. 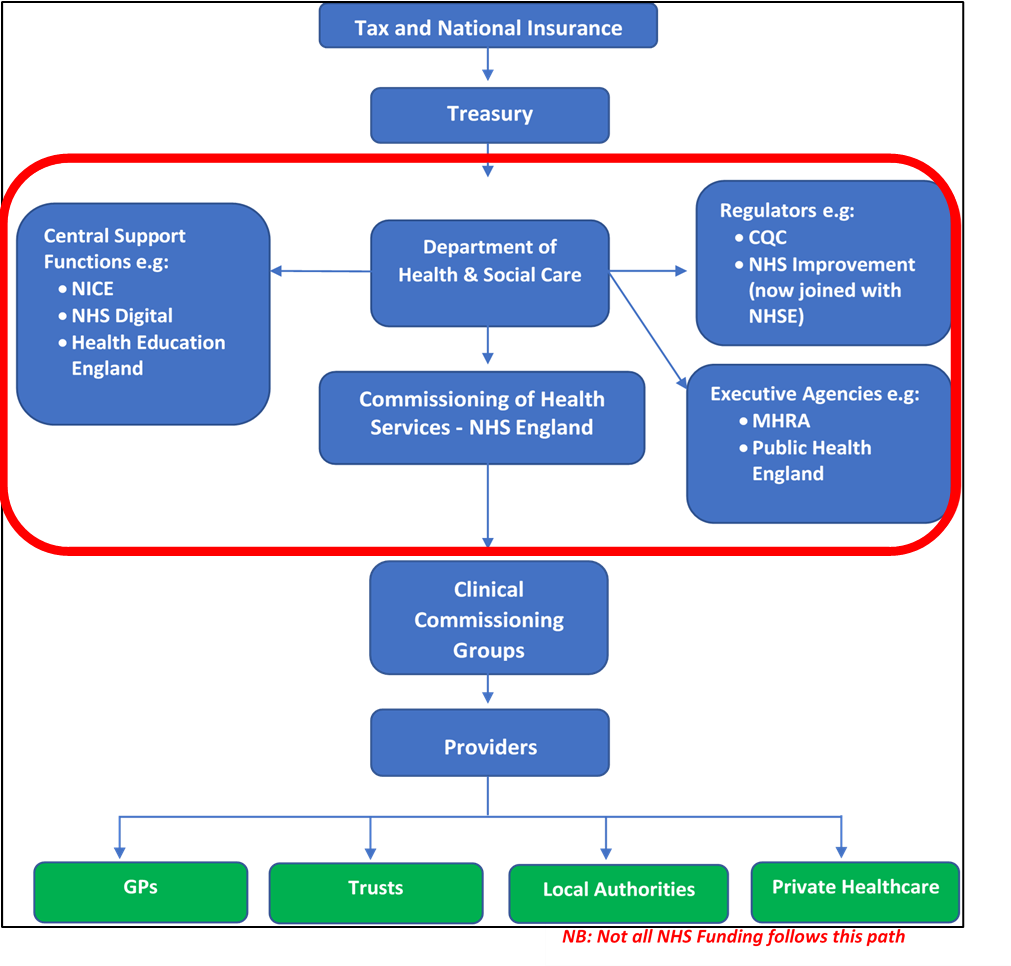 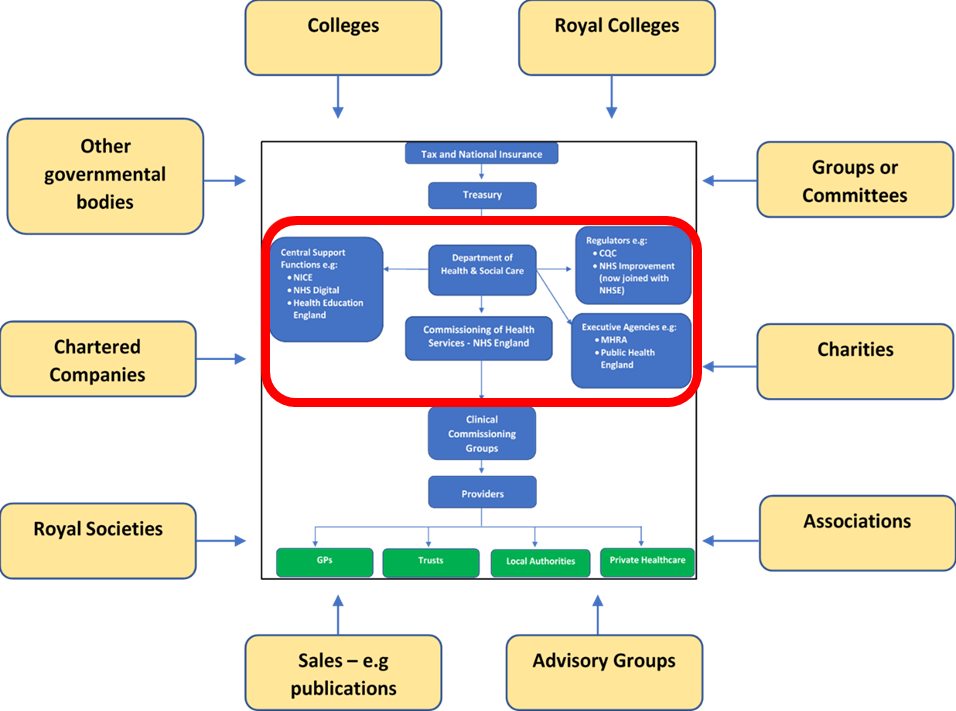 Overview of organisations who receive recommendations; those in yellow are not centrally funded

The organisations in the yellow boxes are not typically centrally funded, however, they are, along with those in the red box, the types of organisations that are discussed within the report.

The project aimed to explore the barriers and facilitators for national organisations in implementing national recommendations in healthcare in England.

This qualitative study involving staff from national organisations who input into the English NHS. Participants were recruited from these national organisations. Following a work-based project, participants were recruited as a purposive, or a theoretical sample as they were chosen based on their relevance to the study. Individual, semi-structured interviews were undertaken online via video conference. A stakeholder map was developed to understand the landscape in which these organisations operate. Data were analysed using NVivo software where themes were then developed.

The qualitative data captured from the interviews led to seven main themes which emphasised the complexity of the healthcare system in England. Engagement, multi-organisational team working, an understanding of each other’s remits, appropriate funding as well as an internal and external oversight process to manage and oversee the recommendations facilitated the recommendations being accepted and ultimately implemented. Political influence, as well as reputational concerns, often topped the prioritisation process, regardless of the robustness of evidence or any potential impact on patient safety.

This study concluded that there are a number of complex barriers and facilitators, many of which are entwined with each other. Much of the research on this topic has been on frontline delivery of healthcare, e.g., a programme of work or clinical intervention, however, there is little research in terms of barriers and facilitators for national organisations and the issues they face. However, this study has found that the implementation issues that national organisations face are not dissimilar to those healthcare providers or services face.

In conclusion, large systemic issues require large systemic fixes. To do this, national organisations need to work collaboratively at all levels to ensure that recommendations are not only appropriate, feasible and implementable, but have the appropriate funding, oversight, and assurance to ensure they are implemented. Ultimately, there is one goal; to improve the system to increase patient safety.